“WAS” assembly, part one

This is the second article outlining my work building a Web Application Server for home use. The first article is here: “Lets build a WAS”

So, with all parts on the table lets build a new computer then. First lets mount the CPU, following the directions on the scarce instructions folder. (I ended up downloading the complete manual later) 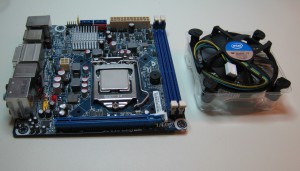 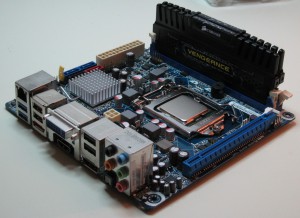 Those pieces surely are tall. Measuring this against the casing revealed that my initial fear of the memory modules being to tall to be absolutely true 🙁 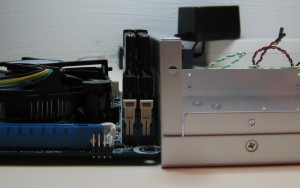 There is approximately a 5mm “lack of” space for the lid to fit with these modules mounted. (Mental note, don’t assume anything regarding sizes of  “standard” computer parts.)

So what to do now? My first thought was to swap memories with the ones i have in my workstation, also 8GB DDR3, that should work. But wisely i decided to first mount the rest of the components to make sure the rest would work.

It should turn out that this would be a double failure. This really wasn’t the right day to build a new computer 😀 When doing the first test placing the motherboard into the computer casing i quickly realized that the power supply would not fit. Intel had placed the main power connector at the absolute outer part of the main board PCB. Which would have worked if it wasn’t turned the way it was, with the plastic clip facing outwards. This resulted in it being both impossible to fit the MB into the casing and the wiring of the power supply where also impossible to fit. 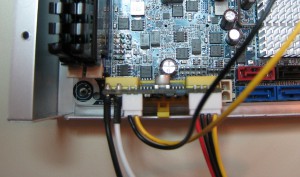 It was apparent that this really would not work. I had to halt work for this time working on a solution.

2 Responses to “WAS” assembly, part one